Herbs for the Blues

If you feel sad this time of year, or in general, know that you’re not alone. Though full-on depressive states require a broad range of support, there are some good herbal allies that can lend some comfort. If on medications for mood support, talk to your doc or pharmacist and herbalist before including an herb. 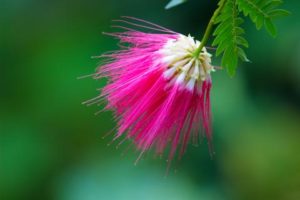 Most folks deal with the blues at some point. Some of us more persistently than others.  Working one’s way out of a funk requires a broader plan beyond simply taking an herb. That said, herbs can be a helpful part of the approach.  Here are 5 herbs that have traditionally used for depression…

Vervain (Verbena officianalis, V. hastata)  For more than just keeping vampires away (!), vervain is great for the over-thinkers out there…getting them out of the head and into the body.

•Vervain is both relaxing and uplifting – What the late herbalist, Michael Moore, described as providing a “relaxed sense of wellbeing”.

•Some research suggests that vervain may have nerve-protective activity.

•Vervain can be extremely relaxing to some folks, so don’t try your first dose just before getting behind the wheel of your car.

Black Cohosh (Actaea racemosa)   Many folks think of this as a “women’s herb”, but it may be helpful for adults of any gender.

•Like vervain, black cohosh is used to get people out of their head and into the body, including folks of the type-A variety.

•Black Cohosh is reached for by herbalists for “gloom and doom” type of melancholy…the feeling like there’s a black cloud constantly above one’s head.

•Another traditional use has been for hormone-related depression, such as that experienced during menopause, and science is starting to back this up.

•Rosemary is traditionally used for folks stuck in a depressive state, especially the elderly and especially when there’s accompanying brain fog and/or digestive issues, and especially in elder folks. But, it also helps young people as well.

•Recent research shows that rosemary may help alleviate the blues at least in part through effects on inflammation and the gut flora, two areas that are hot topics of research currently with respect to brain function.

•Rosemary may also act by improving blood flow to the brain, by protecting the brain from damage by free radicles and by interacting with GABA, dopamine and other receptors.

Rose (scented Rosa species)  “A rose by any other name would smell as sweet” – more Shakespeare.

•Rose is traditionally used for when someone falls into a chronic funk following a heartbreaking loss.

•Simply the scent of Rose was enough to improve symptoms of depression in women and men, possibly by influencing nerve cell receptors and the release of neurotransmitters such as dopamine.

•Rose can be used in a material dose (it tastes great as a glycerine extract) or in more of an “energetic” dose…say a few drops added into a larger formula of supportive herbs.

Albizia (Albizia species)   Sometimes called mimosa, though mimosa is its own genus of plants that (confusingly enough) also has anti-depressant properties.

•This is another botanical traditionally used for stubborn depression…the kind that doesn’t seem to let go.

•In Traditional Chinese Medicine, Albizia is used to nourish the Heart and calm the Shen, reducing depression, tension and anxiety.

•Bark, flowers and leaves all show mood effects, and I’ve seen the plant referred to as “herbal Prozac” in more than one reference.

To learn about additional supportive plants, here is a summary of those historically used for seasonal related blues.