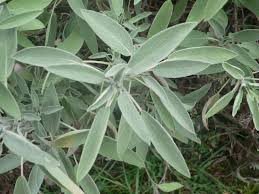 Sage is more than just the second herb in the famous Simon and Garfunkle song, stuck between parsley and rosemary. It’s is an herb that’s been used for centuries as a food preservative, flavoring, health-supporting tonic and medicine. It’s name, Salvia officinalis, says it all. Salvia means “savior” and sage used to be considered a veritable “cure-all”. “Officinalis” means that this was the official species of sage used medicinally (out of hundreds of species of sage). In fact, sage was a medicine in the United States and London Pharmacoepoeias, though it has been displaced by modern drugs.

This Mediterranean native is popular around the world for it’s distinctive flavor and it’s beauty in the garden. Plus, it’s easy to grow. Here at 7000 feet in Colorado, it’s not phased at all by the winter temperatures and snow. According to the folklore compiled by Maude Grieves in her book “A Modern Herbal” (published in 1931!), “It was held that this plant would thrive or wither, just as the owner’s business prospered or failed…” (1)  Note that this is not the same plant as sage brush, as you will quickly learn if you try cooking with sage brush, an Artemesia species.

The 16th century herbalist John Gerard said of sage: “Sage is singularly good for the head and brain, it quicketh the senses and memory, strengtheneth the sinews…”.  Thus, along with rosemary, sage has traditionally been used for centuries to improve memory, mood and overall cognitive function. These uses have supported by research. For example, one study showed that dried sage leaf improved mood, reduced anxiety and increase alertness in young adults (2). Another placebo controlled double blind study found that sage leaf extracts improved cognitive function and may have reduced agitation compared to placebo in people with mild to moderate Alzheimer’s disease (3). These and other studies suggest that sage may influence the neurotransmitter acetylcholine.

In the digestive system department, sage is used to ease bloating and gas. Due to it’s essential oil content, sage is a strong anti-microbial herb that has been used by herbalists for gastrointestinal tract infections in their animals (4). Note that the isolated essential oil of sage should not be used for yourself or your pet, but the levels in whole leaf preparations are much lower and safe. Sage is also used for mouth and throat ulcerations and gum disease in dogs and their humans as well (4). In Europe, sage was cooked with meats like pork, duck and goose to improve their digestibility (1). Aside from digestibility, I can attest that a sage butter sauce is mighty tasty on pork tenderloin!

Another potential application of sage that is being investigated by scientists is in diabetes. Sage has been used by herbalists to help support blood sugar regulation, an application that is being confirmed by research. In fact, a recent placebo controlled, double blind study found improved blood sugar control in type 2 diabetics who took sage leaf extract (5).  The patients also entered the study with high levels of blood lipids — triglycerides and cholesterol — and these decreased after several months of sage usage. Interestingly, no changes in blood sugar levels were noted in healthy volunteers in a small study examining the effect of sage on blood lipid levels (6), so the blood sugar effects may only manifest in those with high blood sugar. No adverse effects were noted in any of the studies that I’ve mentioned.

Sage has a number of traditional topical applications as well, ranging from treatment of sprains, skin infections like ringworm, and eye irritation (4, 7). In all, it’s a handy herb to have in your garden!